Put your heart, mind, intellect and soul even to your smallest acts.  This is the secret of success.  ~Swami Sivananda

Erin has had one of the most interesting careers.

After getting a Broadcast Journalism degree from the University of Florida, she parlayed a weekend trip to the Keys into a full time job working for one of the most powerful men in the Aviation Industry, Harry B. Combs.  This was the beginning of a long interesting stint in aviation.  Her job was to help turn his book "Kill Devil Hill - The Story of The Wright Brothers" into a documentary.

$2.50 ride in the cockpit of a mail plane. By his mid-teens, Combs was building his own flight-worthy aircraft. His education led him to try investment banking, a path that he would later modify to successfully run Combs Aircraft. It seems Harry Combs has done it all, from working with President Kennedy on the increasing demand for air travel to rebuilding the struggling Gates LearJet company. His close friendship with Neil Armstrong even served as a catalyst for Combs’ great interest in letting the world in on the secrets of the Wright Brothers, leading to both a novel and a video documentary about the pair.

Then it was on to another adventure in Aviation, this time as a Cross Utilized Customer Service Representative with America West Airlines

She did this job with her sister Alison, made a bunch of the funniest friends, and saw some of the funniest, weirdest, knock you to your knees with laughter situations of her life.  She is still telling funny airline stories to this day and it was a great chapter in her life.

On one flight she met and had a conversation with a Captain Larry Newman. 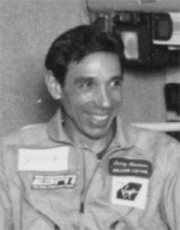 He was working on a project to circum-navigate the globe in a balloon.  He needed help finding sponsorship.   Little did she know that would set up the next interesting chapter of her life.  Erin shared the idea with her former boss and mentor Harry Combs, who suggested she call his close friend, Barron Hilton. 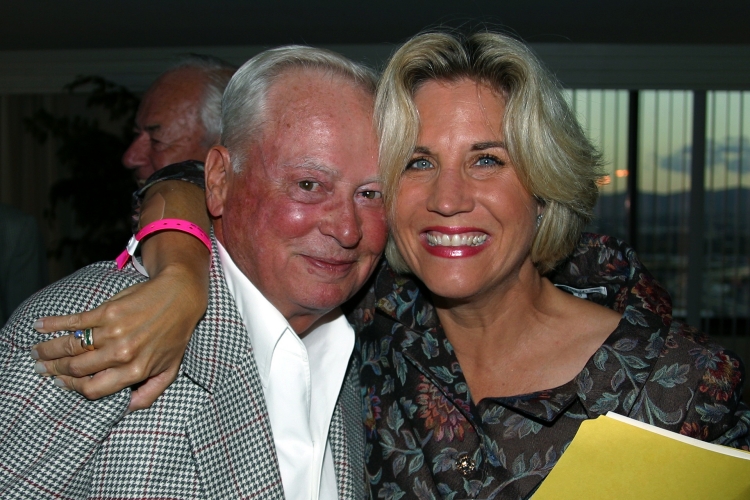 Barron LOVED the idea and a new career was hatched!  She spent the next number of years helping crazy adventurers chase this dream.  The Barron chapter included Richard Abruzzo 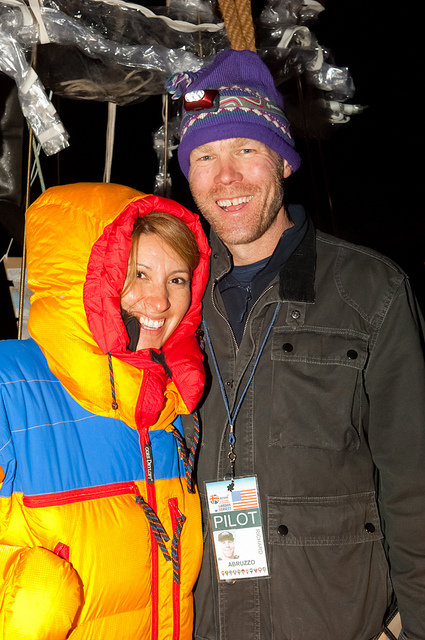 Richard seen here with his wife Nancy in Bristol, England just before he launched on what would be his last balloon flight.  He lost his life in the Adriatic Sea in 2010.

Another adventurer that became a close friend during the balloonitic phase was Steve Fossett .  Steve was the one that was finally successful in circumnavigating the globe alone.

James Stephen Fossett (April 22, 1944 – c. September 3, 2007) was an American businessman, aviator, sailor, and adventurer and the first person to fly solo nonstop around the world in a balloon. He made his fortune in the financial services industry, and was best known for many world records, including five nonstop circumnavigations of the Earth: as a long-distance solo balloonist, as a sailor, and as a solo flight fixed-wing aircraft pilot.

A fellow of the Royal Geographical Society and the Explorers Club, Fossett set 116 records in five different sports, 60 of which still stood as of June 2007[update].[1]

On September 3, 2007, Fossett was reported missing after the plane he was flying over the Nevada desert failed to return.[2] Despite a month of searches by the Civil Air Patrol (CAP) and others, Fossett could not be found, and the search by CAP was called off on October 2, 2007. Privately funded and privately directed search efforts continued, but after a request from Fossett's wife, he was declared legally dead on February 15, 2008.

On September 29, 2008, a hiker found Fossett's identification cards in the Sierra Nevada Mountains in California, and the crash site was discovered a few days later (on 1 October 2008) 65 miles (100 km) due south from Flying M Ranch where he took off, and 5.3 miles (8.5 km) due west (282 degrees) of Mammoth Mtn Ski resort's base operations, although his remains were not initially found. On November 3, 2008, tests conducted on two bones recovered about 750 feet (230 m) from the site of the crash produced a match to Fossett's DNA. 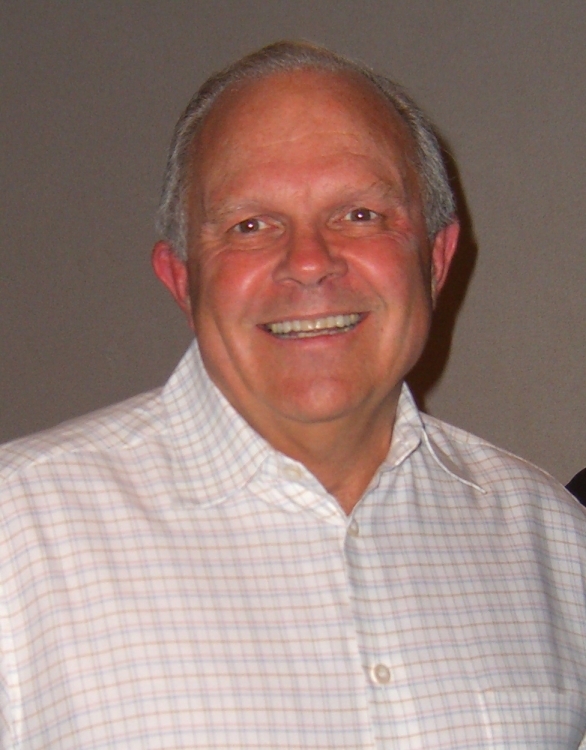 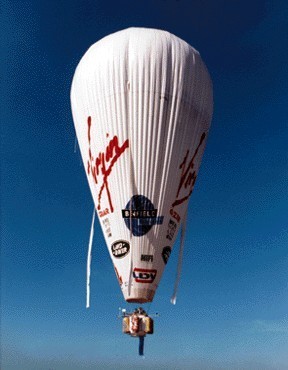 Before she knew it the Hilton chapter was over due to a number of unsuccessful launches.  Richard Branson and Per Lindstrand took up the challenge and invited Erin to be their Over Flight Permission Coordinator. 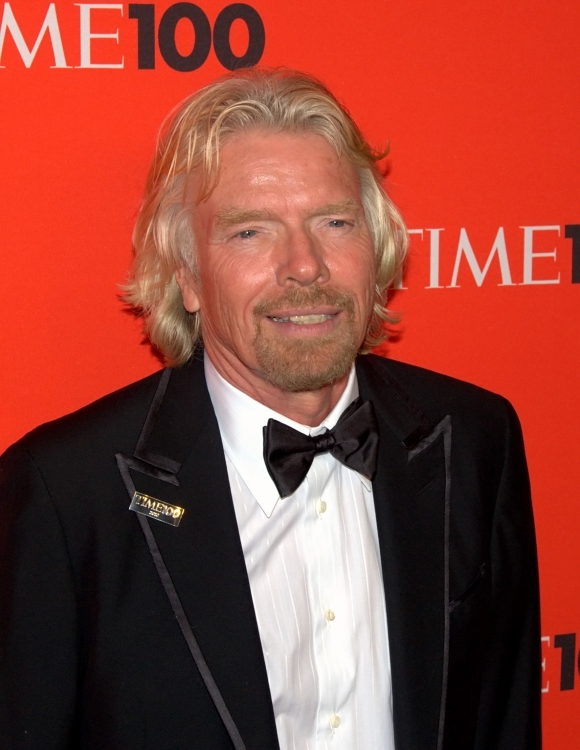 Working for Virgin and Richard was great fun on some days, super stressful on other days and just another job on other days. Living in London was  a blast and she met many fantastic people that she is friends with today.

The summer of The Republican National Convention in San Diego Erin went to work for  Bill Black, her friend from Earthwind days.   They were in charge of  the Diplomatic functions for the convention, throwing splashy cocktail party for the visiting dignitaries.

As the Wright Brothers Centennial approached, Erin learned of another available job as the Public Relations co-ordinator for the Centennial celebration at Kill Devil Hill NC in the Outer Banks.

This picture was taken enroute to North Carolina and pretty much sums up that year. 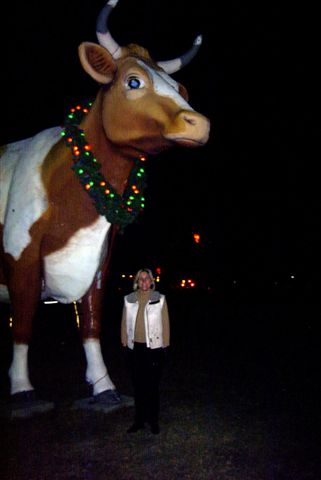 Working for the government was one giant cow paddy.  The Outer Banks are beautiful. 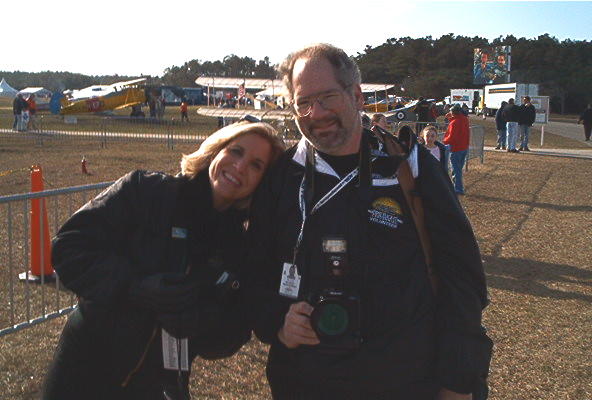 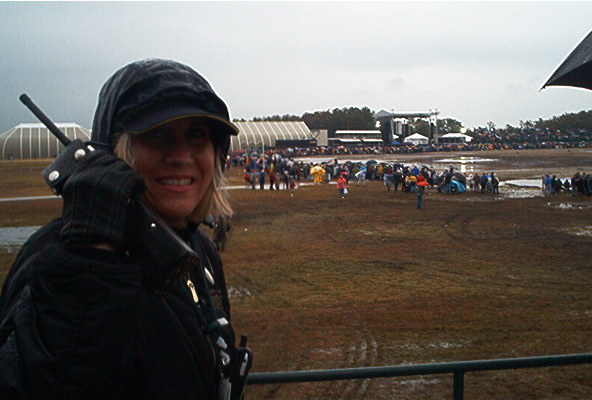 The actual re-enactment was one of the wettest, muddiest, coldest days on record and the Wright Flyer got bogged down and did not fly.  Erin couldn't wait to pack her bags and head home to John and Minneapolis. 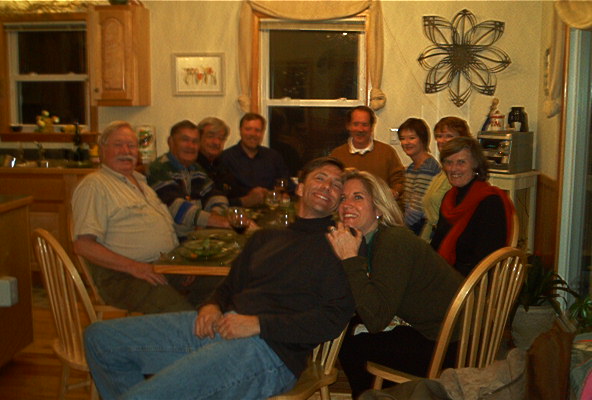 One of the funnier chapters of her career involved running a peanut stand at Bank One Ball Park during Arizona Diamond Back games.  It was a great gig in some respects.  Work 84 days a year, usually 3-4 hours a day, usually from 4pm-7pm, all cash business.  Now imagine the heat of the downtown asphalt on those summer evenings in Arizona, and you will understand why ice cold water was her biggest profit center.  Those were some really funny days and sometimes she wishes she had that gig now. 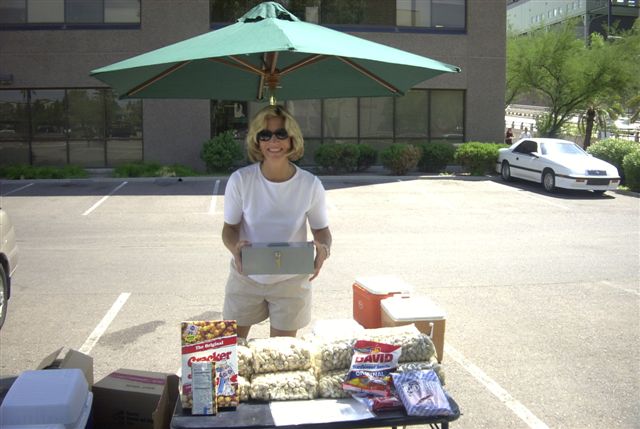 Here she is setting up her "Buy The Nuts" peanut stand 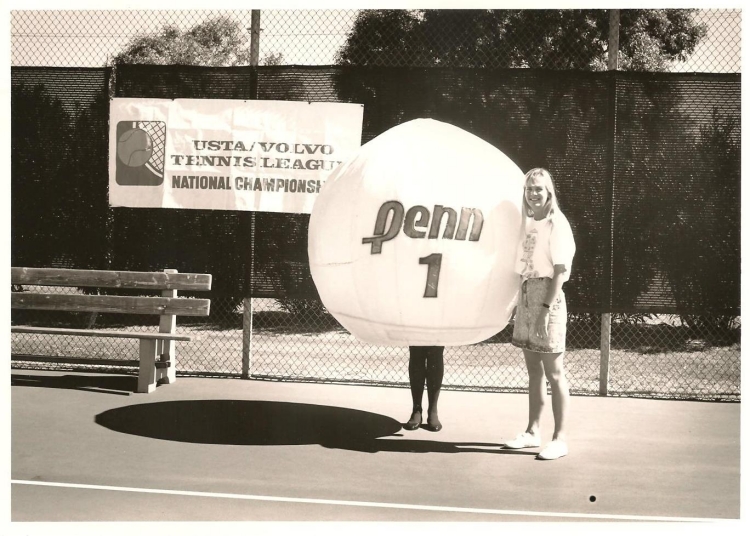 We all know Erin will try anything - once.  Here she is taking "Be the Ball" to a whole new level - as "Penny the Ball" at the USTA/Volvo Tennis Championships in Tucson with her adorable pal and barrio roomie -  Cheryl Hansen Pole 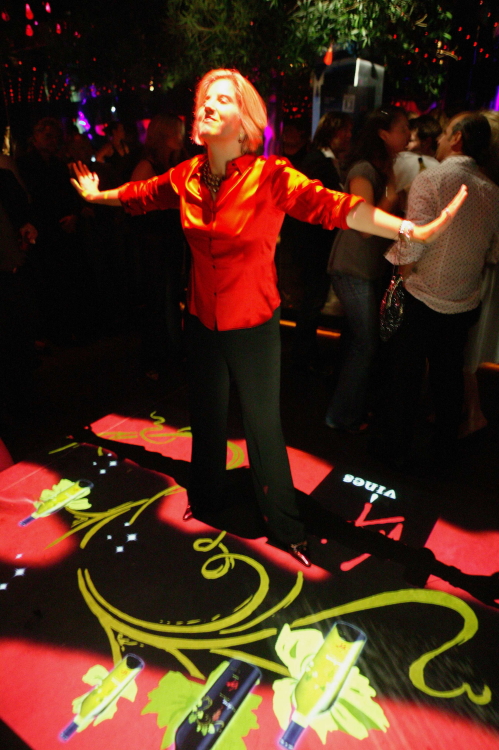 For a while she worked for "Reactrix", a start up company based in Redwood City, CA.  It was an interactive media company, and a very cool concept.  Somehow she went from Marketing to Operations, and suddenly found herself visiting malls with an arsenal of cleaning products, hanging from ladders fixing projectors after normal shopping hours were over.  She often has said she would do it all over again to work with the great Mike Harshfield, a fixer and one helluva guy. 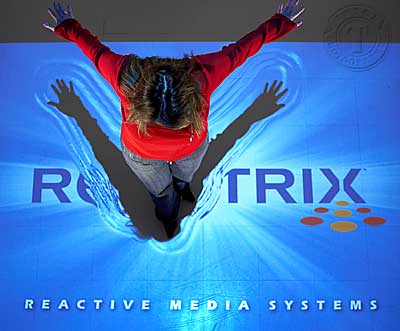 Unfortunately the Reactrix chapter ended in October of 2008 with the downturn in the US economy.

Since then Erin has been patiently waiting for an opportunity with a new start up, The Caribbean  Network, to get off the ground.  During this time she has worked in all kinds of temporary positions.  They include work as a debt collector for dead people. She has worked at the Minnesota State Fair.  She has packed bras at a distribution center for Target, and proctored examinations at the local Vo-Tech College.  She has worked at a looney bin, and has almost checked herself into the whack ward.  At the commencement of her 50th year she is very hopeful that she will  be back working full time and from all signs she will enjoy every minute of it!!